Dear Me, just surviving the pandemic

Just in case you are wondering where to go to this upcoming Holy Week for your seven churches visitation, also known as Visita Iglesia, here are some of the unheard and popular places we could recommend as you travel way up north via the Tarlac-Pangasinan-La Union Expessway (TPLEX) drive.

For those going to Monasterio de Tarlac, it is advisable that you plan your visit on an earlier time to catch the last schedule of the daily mass by 3 PM. The Monasterio de Tarlac is now a popular tourist destination open daily to the public from 7 AM to 6 PM.

The travel time from Victoria TPLEX Exit is more than an hour to Monasterio de Tarlac.  It is a monastery on top of Mount Resurrection, part of the Zambales Mountain Range in San Jose, one of the municipalities in Tarlac. In the monastery can be found a relic of the True Cross. Monasterio de Tarlac is located at the Mount Resurrection Eco Park in the barangay of Lubigan. 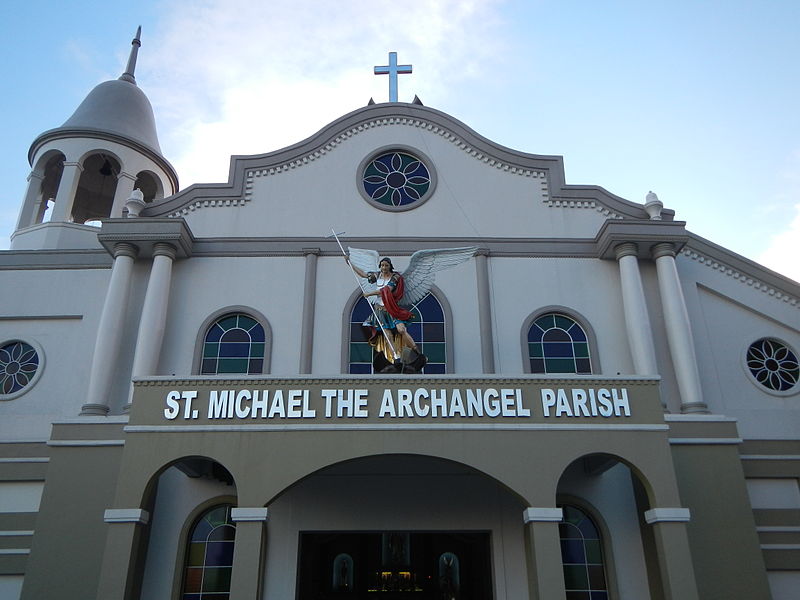 A few minutes away from Victoria TPLEX Exit, or right after your visit to the Monasterio de Tarlac, you’ll reach the New St. Michael the Archangel Parish Church in Camiling. The church was built in 2009 with a total floor area of 2,200 square meters. The church features intricately designed stained glass windows depicting, aside from Jesus Christ and the Virgin Mary, the angels. It is located besides the Camiling Catholic School. It is also one of the most attractive church in Tarlac. The Camiling Catholic School and the Camiling Catholic Church ruins are beside the said church.
The old St. Michael the Archangel Parish Church was declared by the National Historic Commission as a historic site until it was gutted by fire in 1997.

Saint Jose Maria  Escriva Parish Church is also famous for its “drive through” visit to the Blessed Sacrament.

The Shrine of Saint Therese of the Child Jesus is just a 10-minute travel time from Ramos-Paniqui TPLEX Exit and half-an-hour drive away from Nampicuan, Nueva Ecija.

The church serves as the relic sanctuary of Saint Therese, known for her ardent devotion tot he Child Jesus. venerated by pilgrims, the Shrine is also a popular destination for weddings in the province of Tarlac.

Sanctuary Of The Holy Face Of Jesus (Nampicuan, Nueva Ecija)

A few minutes drive from Anao-Moncada TPLEX Exit, the quaint Nampicuan town, a 5th municipality in Nueva Ecij a, is the next location for your Visita Iglesia.

The Sanctuary of the Holy Face of Jesus is the only church in the Philippines that keeps a replica of the Holy Veil of Manopello, believed to be the burial face cloth of Jesus. The face cloth made of sea silk is the only enthroned outside the Basilica del Volto Santo in Italy where the original relic has been kept.

Just right after Pozorrubio Exit, a few minutes away, you will reach St. Padre Pio Church built in this 1st class municipality in the province of Pangasinan. Padre Pio, or Saint Pio of Pietrelcina is known for exhibiting stigmata for most of his life. Padfe Pio was beatified (1999) and canonized (2002) by Pope Saint John Paul II.

Minor Basilica Of Our Lady Of The Rosary of Manaoag (Manaoag, Pangasinan)

One of the popular churches in North Luzon, The Shrine of Our Lady of the Rosary of Manaoag is frequently visited by locals and tourists alike, especially during Holy Week and summer season. The Manaoag church is also famous for motorists who wants to have their vehicles blessed.

Celebrated as a Minor Basilica in 2004, it is 10 minutes away from Binalonan-Laoac TPLEX Exit.

The pilgrimage site houses the more than 400-year-old ivory image of the Virgin Mary, believed to be miraculous by thousands of devotees.

The Tarlac–Pangasinan–La Union Expressway (TPLEX) is an 88.85-kilometre (55.21 mi) four-lane expressway currently under construction north of Manila, in the Philippines. It connects central to northern Luzon, with its southernmost terminal located in Tarlac City, Tarlac and its planned northernmost terminus currently slated to be at Rosario, La Union.

The first section of the project, from Tarlac City to Pura, Tarlac, has been operating on a “soft opening” basis since October 31, 2013, and was ready for full operation in November 2013.
Part of the second segment, which will take motorists up to Ramos, Tarlac, opened on December 23, 2013. The remaining section from Anao, Tarlac up to Rosales, Pangasinan, is projected for a mid-2014 opening, and the final section ending in Rosario, La Union, is slated for completion in June 2019.
TPLEX is an extension of North Luzon Expressway and Subic–Clark–Tarlac Expressway from Tarlac to Rosario, La Union.